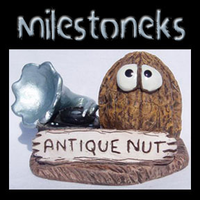 This offer is for an original signed letter dated June 1st, 1887, on his business letterhead and envelope by John B. Alden replying to a Mr. Kuhns in regards to Alden’s work with the Literary Revolution. Asking $225.00 Thanks for looking. Questions to 785-625-6932

The following information is taken from an article written by Greg Gillette. John B. Alden and the Literary Revolution.

One day in 1877, John B. Alden, the thirty-year-old "boy publisher" from Chicago, looked up from his desk at the New York office of the American Book Exchange and declared, "I can make new books cheaper than anyone can steal old ones". Thus began a Literary Revolution.

John Berry Alden was born on March 2, 1847 in a log cabin in Henry County, Iowa. At the end of the Civil War he went to Chicago and found a job as a clerk, and later manager, of a bookstore. He got into the publishing side of the business by producing youth magazines with titles like "What Next?" and "Bright Side". Unable to recover from losses sustained in the Great Chicago Fire of 1871, he came to New York where he worked for a time as the business manager for the periodical "Hearth and Home".

In 1875 Alden started a new business - the American Book Exchange. Customers brought him their old books and for a small fee, perhaps 10 cents, exchanged them for new ones. He was two years into that venture when he got the idea to go back into publishing in a big way. His idea was to produce books on such a massive scale - in the millions - that the production costs per book would be minuscule, and the books could be sold cheaply. He called it The Literary Revolution, and within two years he was indeed turning out millions of books. And the public was buying.

You can read more of Alden and his work online.